ATB Thrash Murcia to Go First in the League Week 13 in the Primera RFEF Footters was against UCAM Murcia at Estadio Balear, under cloudy but rainless skies. ATB went into the game knowing that a win would send them temporarily top, owing to Villarreal’s game being called off due to an outbreak of coronavirus at Castellón. Xavi Calm was still without the injured Jesús Álvaro, Hugo and Alfonso. In fact, the manager chose the same starting 11 as the previous week; René in goal, a back four of Luca, Ignasi, Olaortua and Delgado, a double pivot of Cordero and Damián Petcoff, Canario and Armando on the wings, and Vinicius and Dioni upfront. Pre-game sporting director Petrick Messow presented a signed shirt to Nuha, an ex-player who played for the club in the 2018/19 season and scored the two goals that gave the team a win over Lleida to win the second league title in the club’s history, and the first of the Ingo era – as well as being the architect of two of the 3 last goals that the team scored in Son Malferit against Mirandes. A much loved player.

ATB looked Good again in the first half, dominating from start to finish. In the 4th minute a corner was turned onto the bar from Vinicius, and the rebound was fought over by Cordero and Biel Guasp with the latter managing to miraculously keep the ball out. ATB kept pressing. In the 5th minute there was a penalty shout for handball after a cross from Canario, who had another strong half. In the 6th minute Damián Petcoff fired over the bar from outside the box. In the 8th minute Canario robbed the ball off the defender and set up Dioni with a killer through ball to score. 1-0 and the seventh goal from the team’s top goalscorer this season. In the 14th minute great play from Vinicus saw him nutmeg the defender and first a strong shot inside the box which was saved at the near post by Guasp. Armando nearly set up the second with a slaloming run from the wing and playing in Dioni, but Guasp anticipated the shot with Dioni thinking he’s already scored the second. The team deserved a second and it nearly arrived after Dioni played in Cordero one on one but his shot was wide of the post. Whilst ATB should have been celebrating a second they nearly conceded the equaliser, with Johan’s shot at the far post requiring René to pull off a great save.
Line ups:

“It was a complete performance. We gave a great effort pressing high. It wasn’t easy, because UCAM deployed a 3 4 3 betwene the lines and we played a complete game. We were the better team, which is what we want. In this league it is not easy to maintain a high tempo all game, and take the initiative all game, and we were close [to that]. Now to carry on like this and try to win next week again without lowering the intensity or our concentration levels to carry on upwards, which is what we like. We had chances to score the second earlier, they had a chance at the end of the first half, and they’re a dangerous team. But the way we moved the ball today was fluid, with the quality that we have it is always better, the opposition also does that but we have been inspired [recently] and you have to congratulate the whole team. I don’t know if they were inspired by Bayern Munich, today we played the most complete game this season. There have been good games, but not for the whole 90 minutes, and today is an example to follow, to be strong all game. Some weekends you achieve it, and some not. We are happy. Ignasi had a great game. But not just today, he’s been at a top level for weeks. He’s young but he has a lot of quality, and he gives us a lot in defence because he’s attacking but he will improve defensively. He has good crossing, control, link up play, he played a complete game, but I would highlight the whole team because they all gave a great performance. Being league leaders is anecdotal, firstly because we are not equal, because Villarreal have played a game less. And secondly because it is early, it makes you happy, better to be first than second, but we give it the credit it deserves and nothing more. We will work just as hard as when we weren’t top, and we will go to Tarragona to win.”

“Very happy with the three points and motivated after the draw last week. Happy to have helped the team, whether it’s with a goal or an assist. To be able to play with such a good team helps you to grow, there are experienced players who have played in higher leagues and for a young player like me, it helps you. Every game we face in the same way, regardless of the comments of the opposing manager. We went out to win from the first minute and we felt like we were the better team. Being first motivates us as Villarreal didn’t play, and it helps us make a statement of intent and makes them see that we won’t slip up. We will go to bed tonight top, and we will carry on this path because we don’t want to drop down the table.”

“I think that started really well, we only scored one goal and they only had one chance. The team came out really motivated to make things right after the draw at Alcoy and in the second half we scored two more. I think that we conceded very few chances, only one in the first half, due to the concentration, the determination to dig in defensively and win the game. It motivates us to be top of a league with so many great teams but it’s a long season and every week things can change, we have to think only of the next game. We have a competitive squad, and at times you have to come on for the last few minutes and you have to give everything, whether you come on for a few minutes or play the full 90. And if I can score, even better.” 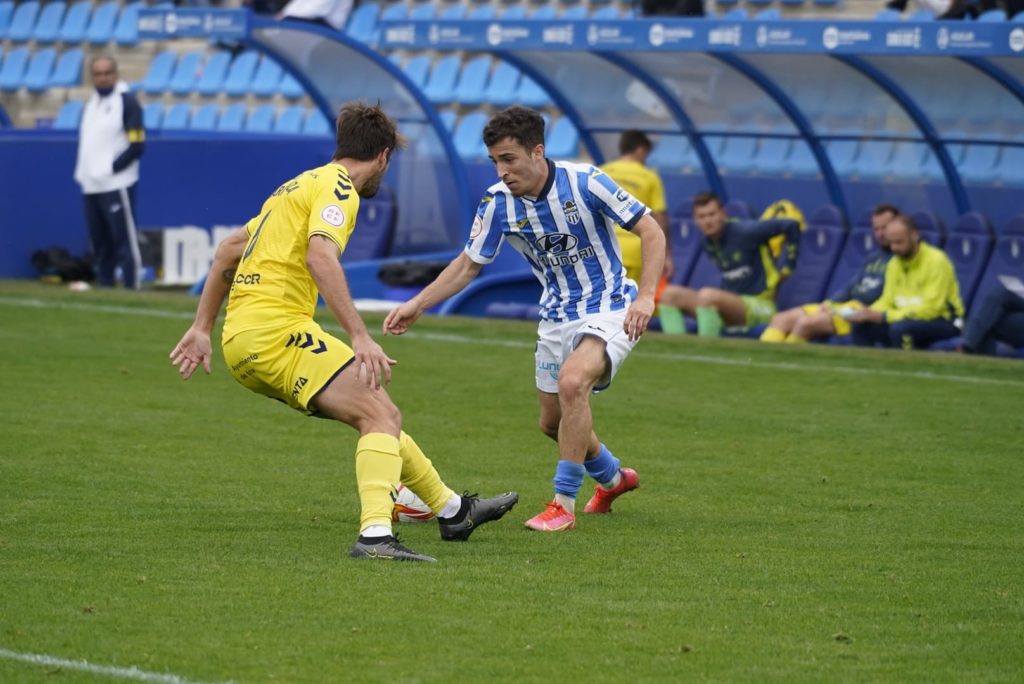 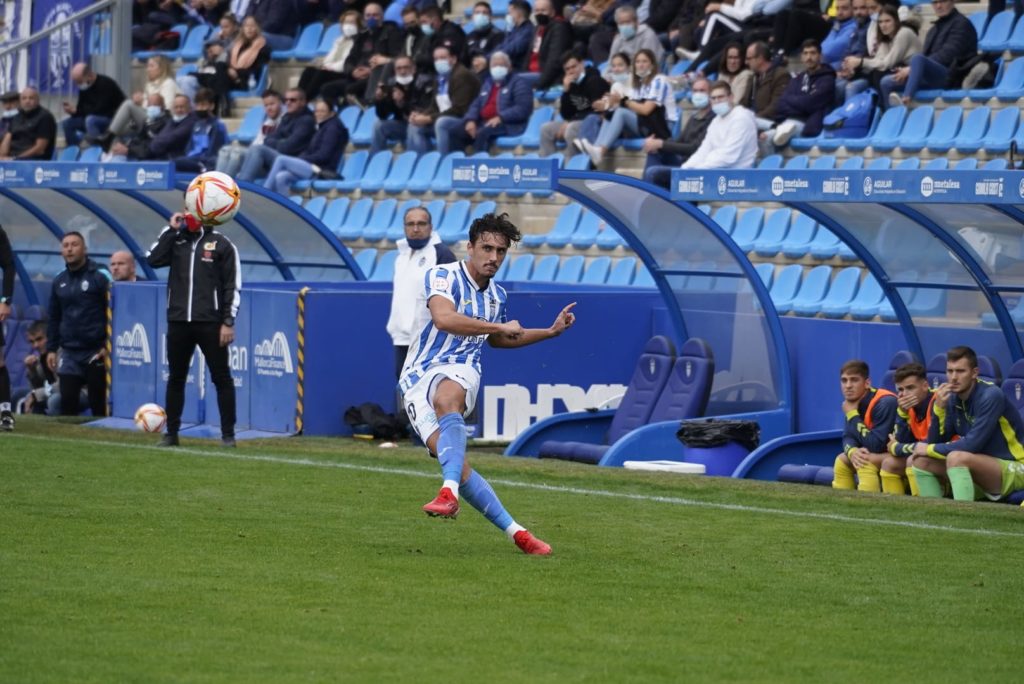 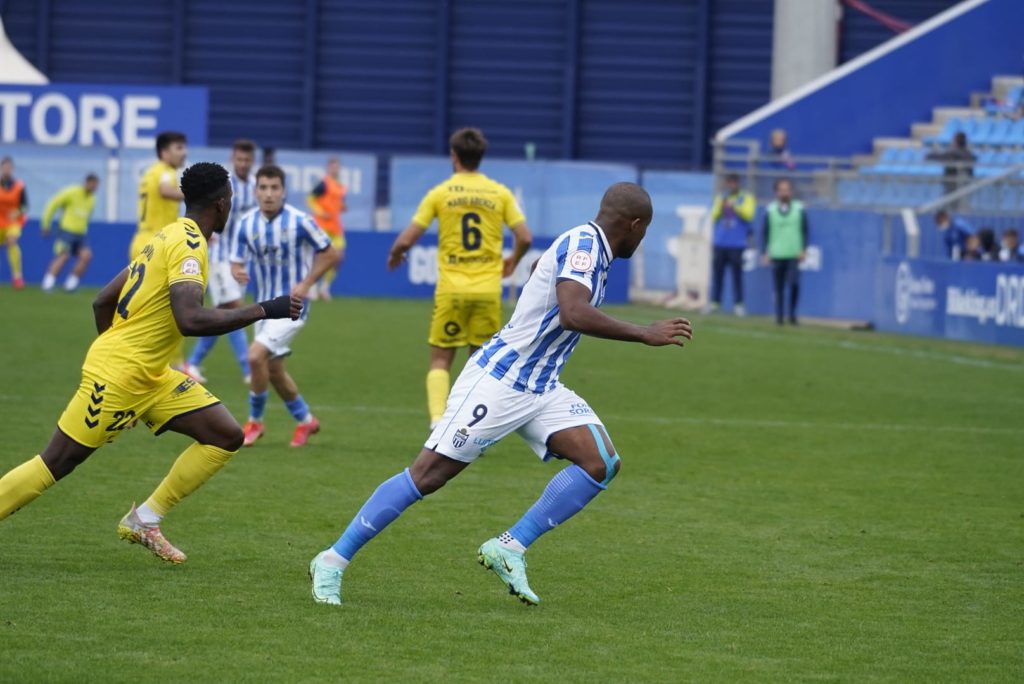 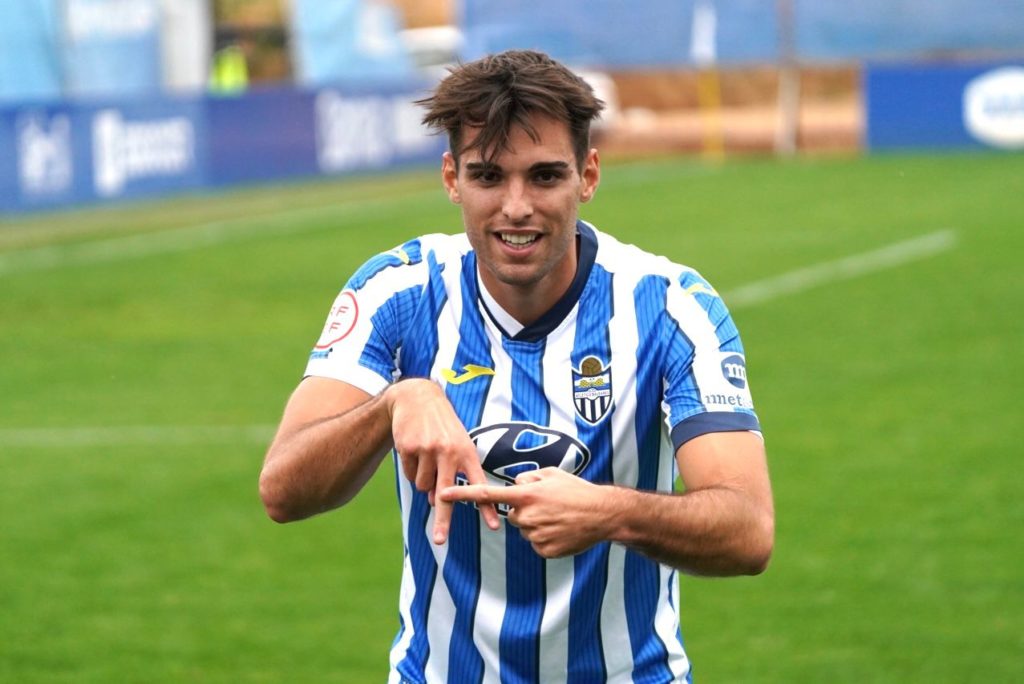 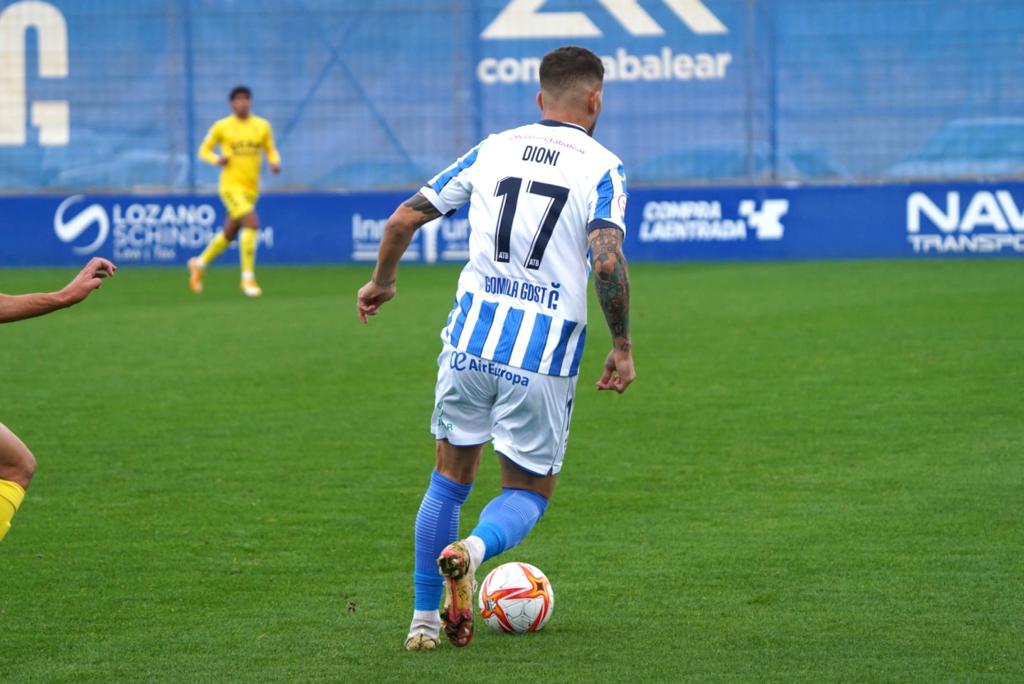 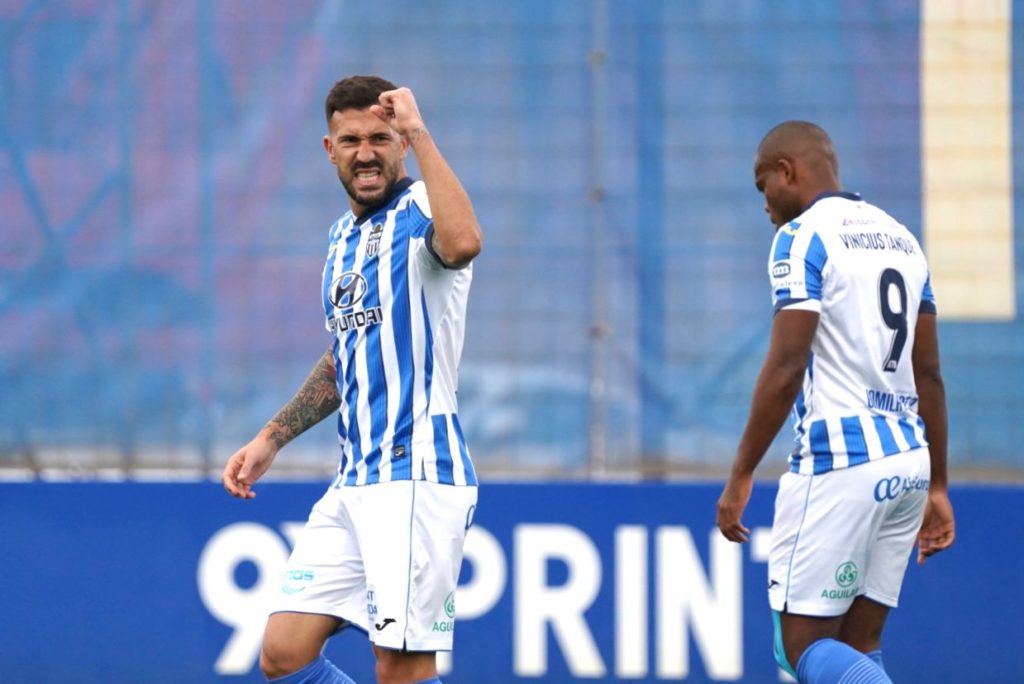 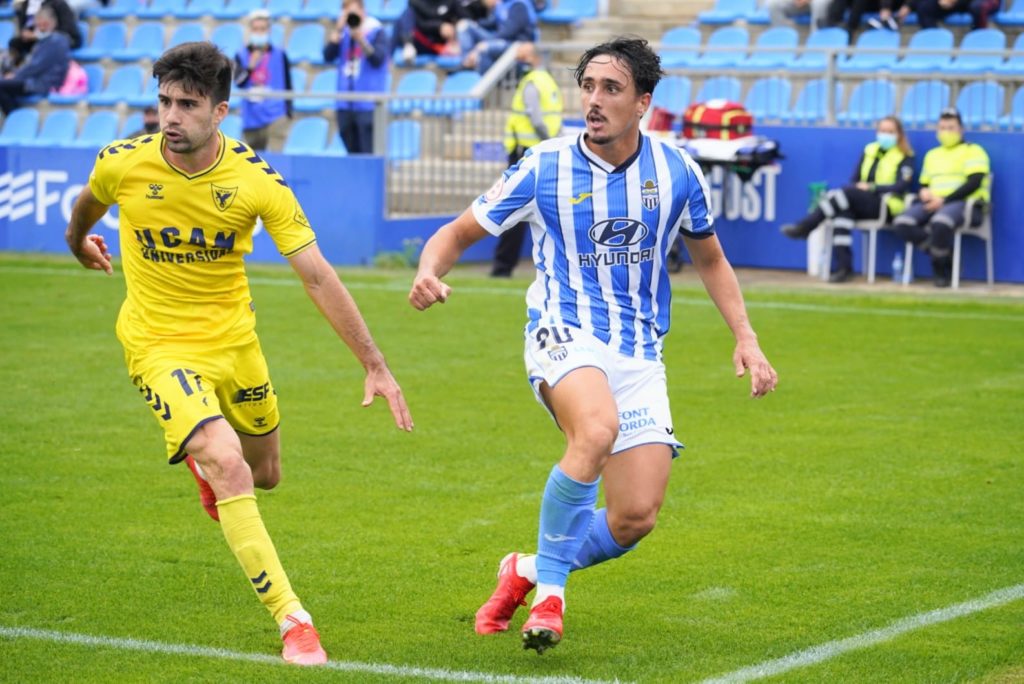