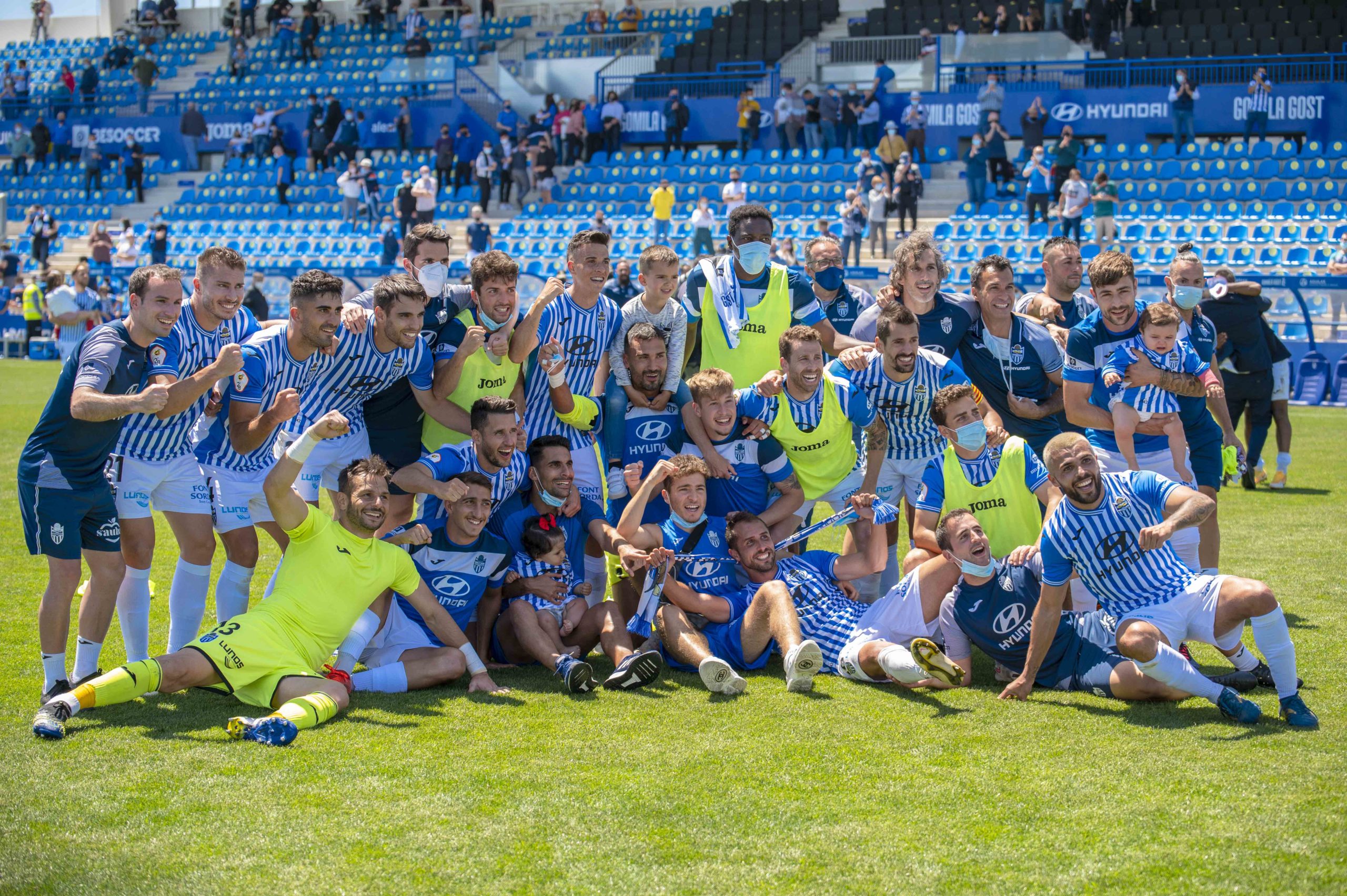 The first half of this game saw no chances for either team, where both teams were cautious in their play. As has become customary, Xavi Calm didn’t mess with a winning team and went for the same 11 as the previous week, with Armando the only admission for the second week in a row. The team of René in goal, a back four of Luca Ferrone, Peris, Olaortua and Pedro Orfila, centre midfield of Cañas and Cordero with Haro and Canario on the wings and of course a front two of Vinicius and Manel who were looking to continue their streak of 7 games with one or other of the two scoring or assisting.

It was a physical and tactical game, in front of 1200 spectators, to bring the curtain down on the last home game of the season. The first two dangerous chances fell to Villanovense. A powerful header wide from Dani Martínez from a good position in the 12th minute and then in the 16th minute Parras’ volley from outside the area was easily collected by René. Canario and Luca were busy all game getting forward on the overlap with the wingers. Vini also had a good first half, fighting for and holding up the ball. In the 24th minute Olaortua saw a weak effort saved by keeper Pedro from a corner. In the 29th minute Vinicius has a left footed effort from outside the box that came to nothing. There would be no more opportunities in the half. The potential spot in the PRO league was clearly on the minds of the players from both teams and neither wanted to risk more than necessary.

In the second half the dynamic changed and ATB stepped up to attack with more frequency, being clearly the better team and deserving the win – Villanovense didn’t have a single chance in the second half. In the 58th minute Canario nearly scored with a point blank effort that was somehow kept out by Pedro who clawed it off the line. ATB carried on trying and dominating the play. Peris took three short corners that nearly took Pedro by surprise. The changes when they came worked – Gil came on for Haro who got forward several times, and later Coro came on for Cordero to add more movement to the team. In the 78th minute Canario crossed for Manel to head just wide. In the dying minutes Cristian came on for Cañas who had picked up a knock on the calf and Fito replaced Canario. In the 89th minute Fito took a corner that was almost turned in by Olaortua but just trickled wide after hitting the post. In the 91st minute: ecstasy. ATB counterattacked through Gil and Coro, the ball fell to Manel whose shot was pushed away by Pedro but the rebound fell to Vini whose left footed strike squeezed under the keeper’s legs. Pandemonium erupted in the sads among the 1200 balearicos, especially at the final whistle. ATB achieved their sixth consecutive win and won their place in the Primera RFEF or Liga PRO. Next year the club will be in one of the two groups of 20 that will make up the new league.

Booked for ATB: Ferrone and Cordero. Booked for Villanovense: Parras and Mena.

Xavi Calm: “It was what we wanted, it was very late but we managed it, three points that have got us there (the Pro League). I’m happy for the club and for the fans – it’s been a very complicated year for everyone, I’m happy for the players, happy to have been in front of 12000 fans but the intention wasn’t to suffer quite so much. We deserved it for the way we played in the second half and the winning streak that we’re on right now. We deserved the goal. I’m very happy. With the club we always said that we would wait until we achieved the place in the PRO League before we spoke, the club understood that, the first thing to do was to achieve the goal and then we can talk. I’m happy for everyone in the club – Staff, players,  physios they’ve all been focused on this game . I think that it;ll be good for us to think about this and reflect in order to create a competitive team next year because it’ll be a very difficult league. We worked hard today and I’ll be having a beer later. For me the game was very intense. I’m happy because the goal was to achieve this place (in the PRO League).  I’m happy for the work that we’ve done. I’m going to call my dad first who’s been in hospital for the last month fighting cancer. I haven’t thought about how I’m going to celebrate yet.  The celebration is the least important thing. The most important thing was to achieve it.  If you make people happy as a manager, you make the people who work at the club happy. That’s the most satisfying thing. I’ve not seen the goal properly but I felt that we were there in the PRO League. I don’t know what the goal was like because everyone jumped up in front of me.  The feeling is intense, with the hard work behind us.  I give the team a 10 for attitude.  Great happiness.  To distance ourselves from the other teams has been difficult, The goal was to win games.  The draw in Poblense was important because it gave us a boost and the team has grown in confidence from game to game, with the goals of winning every single game like the way we went to Merida to win. I’m sure that we will be able to celebrate a little bit, but next week we’ll work to win in Merida. We have to compete there as well.  We will go to win to finish the season with the same good feeling that we have now.

Vinicius: “We wanted to be in the playoffs to get promoted to the Segunda and it hasn’t been possible. It was a strange season and now we feel relieved and happy. It was a good season for me with 11 goals, but the important thing is the position of the team. I want to play the last game and score. The goal was a rebound that I hit solidly and thanks to God it went in. I want to thank my wife, my family, my agent, everyone who has helped me in my career. I can;t speak about my future because I don;t want it to be interpreted wrongly. I;m only thinking about the game in Mèrida, off the pitch everything depends on my agent. Things have gone well in Mallorca, from the president to the kit man I get on with everyone. I am very grateful for the faith the president put in me, and I also have to thank Patrick. I will celebrate with my wife and daughter at home.” 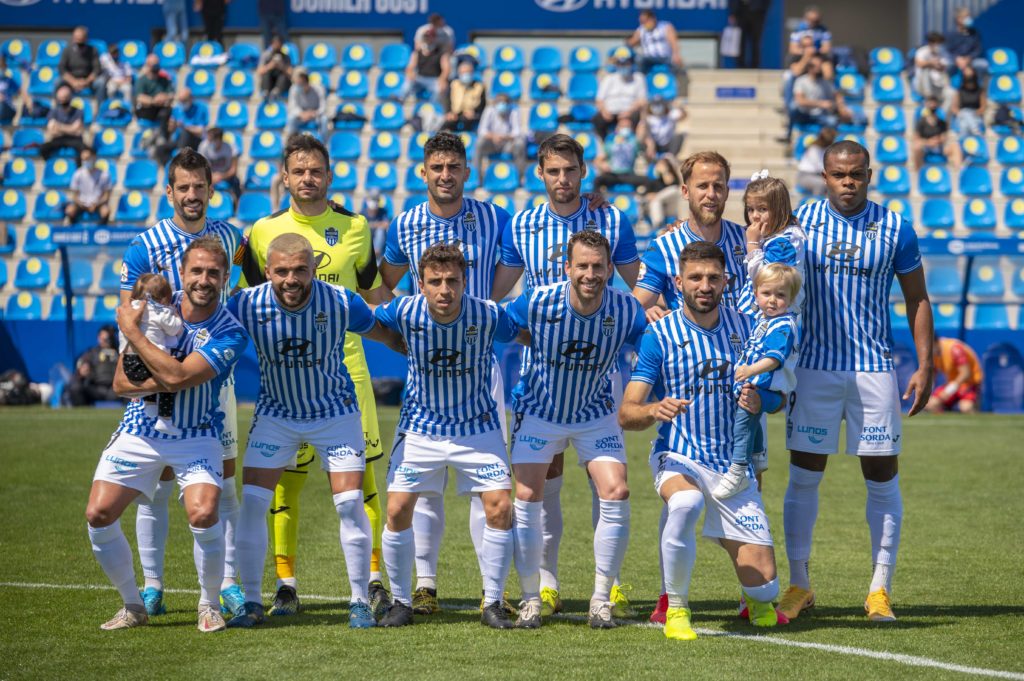 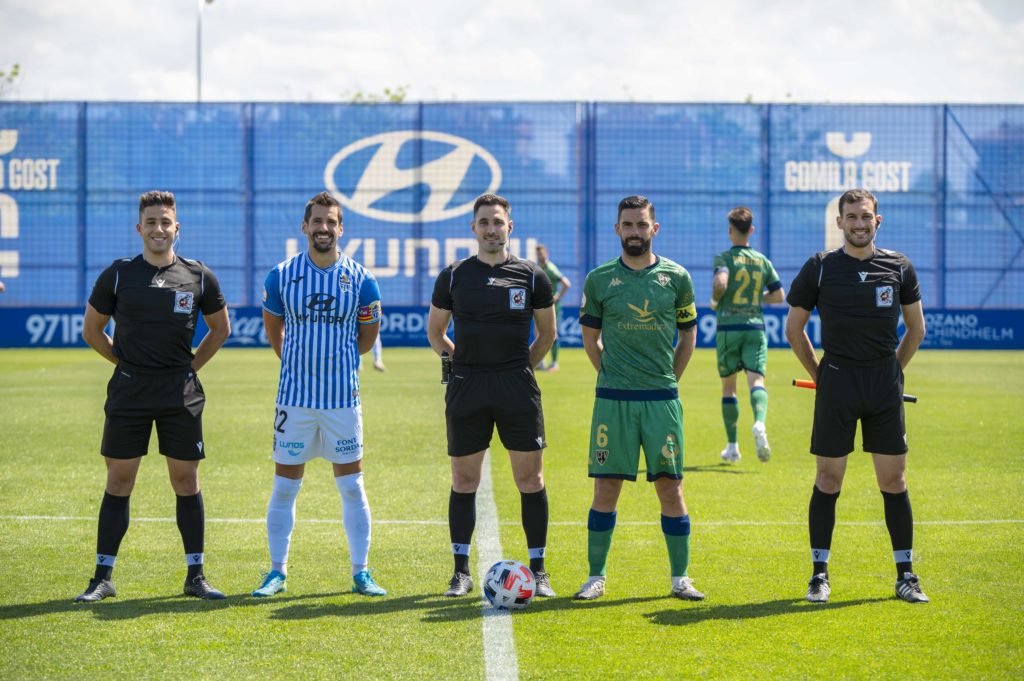 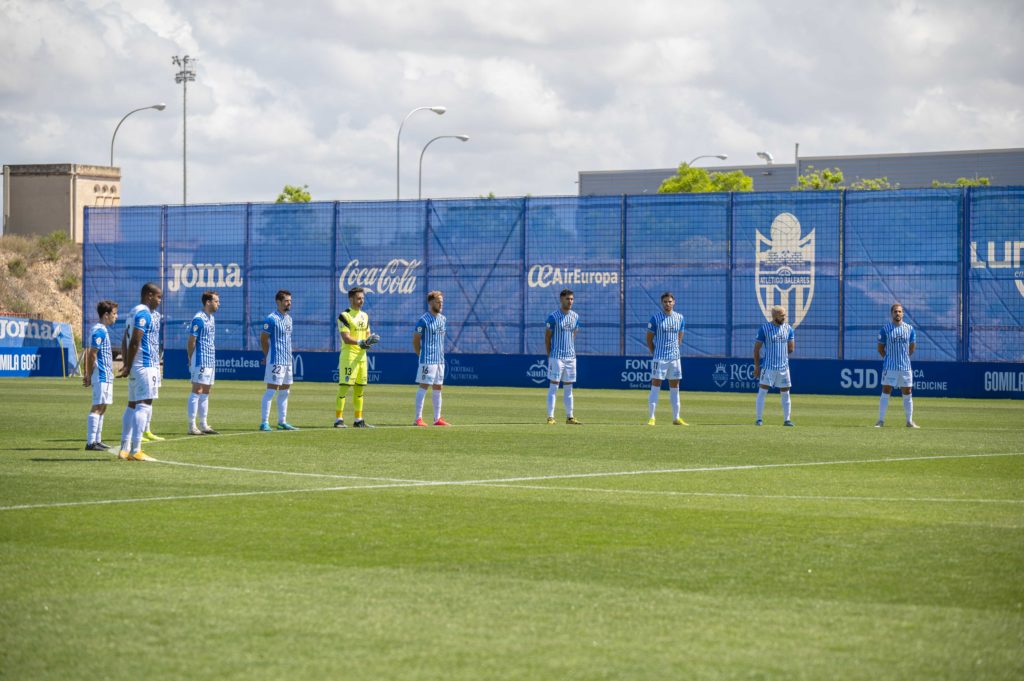 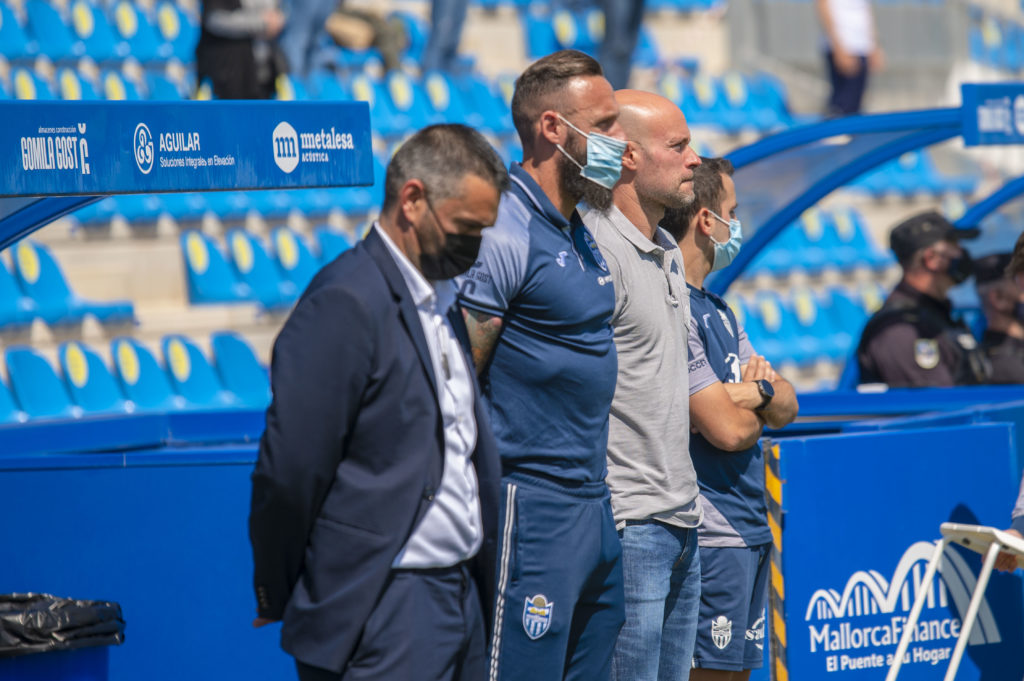 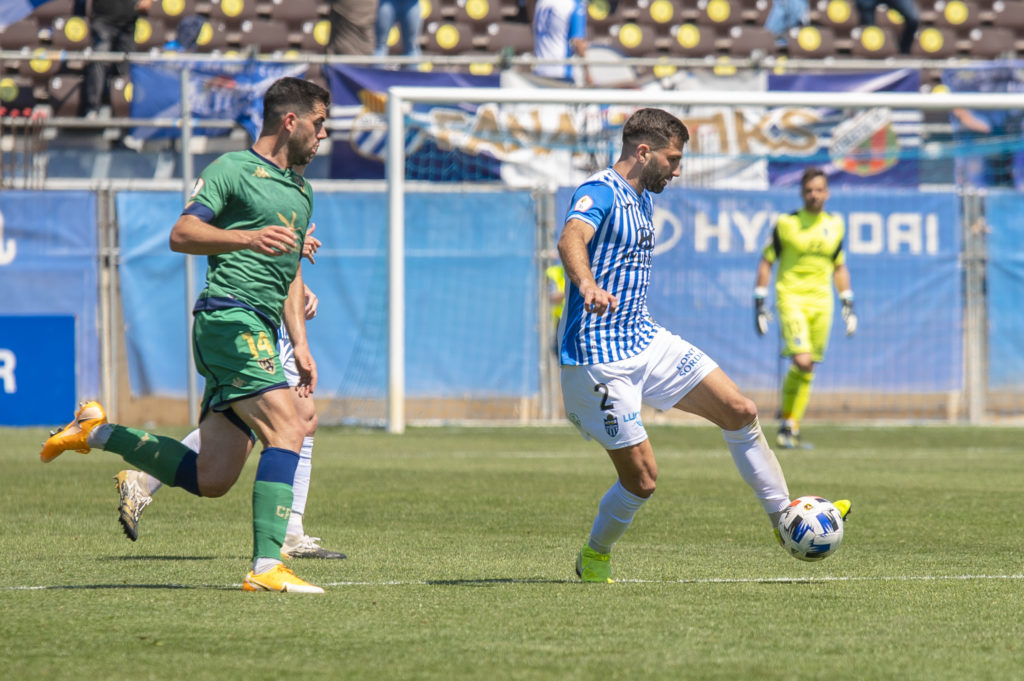 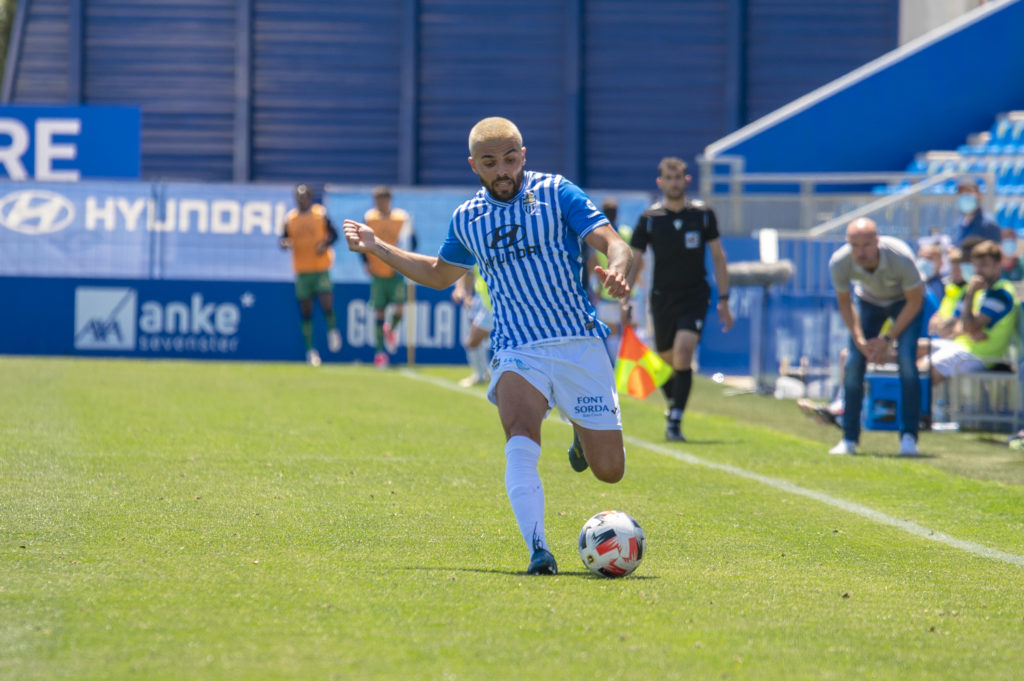 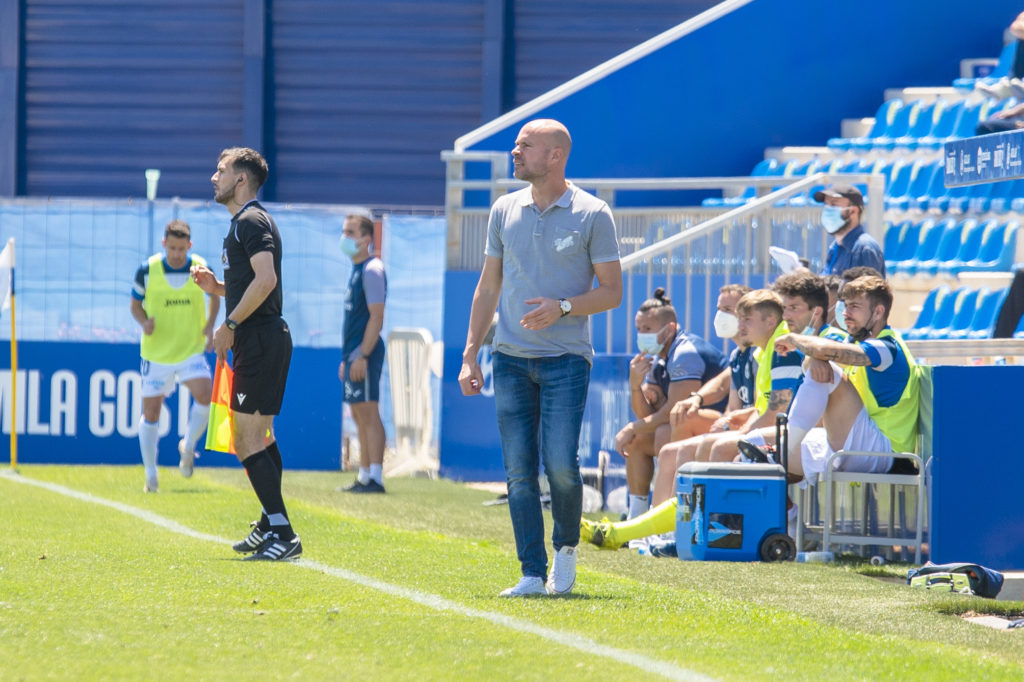 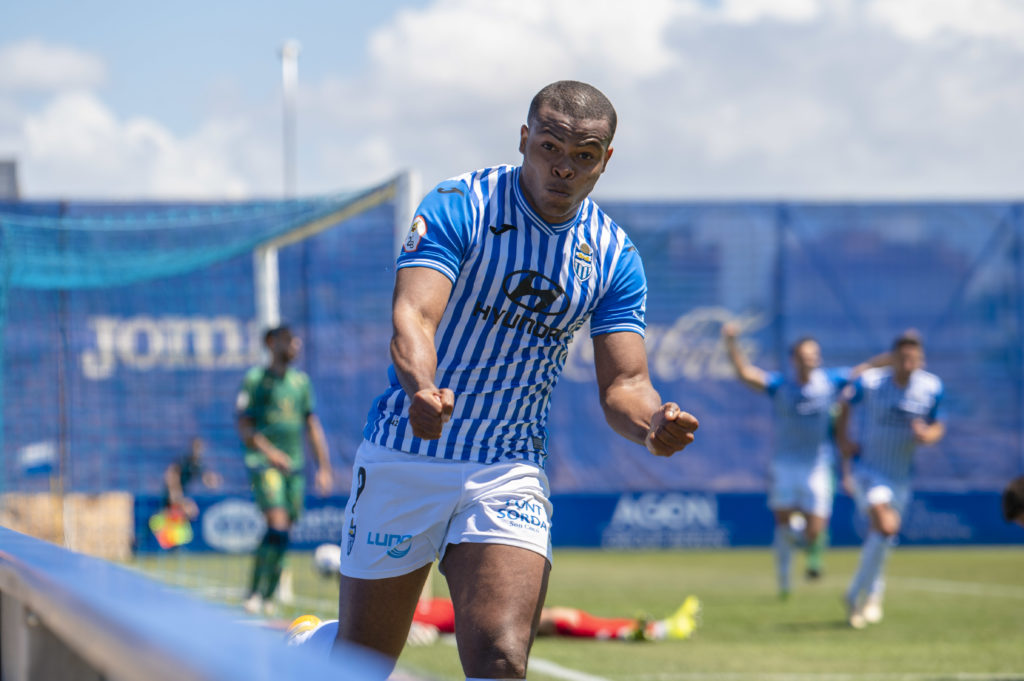 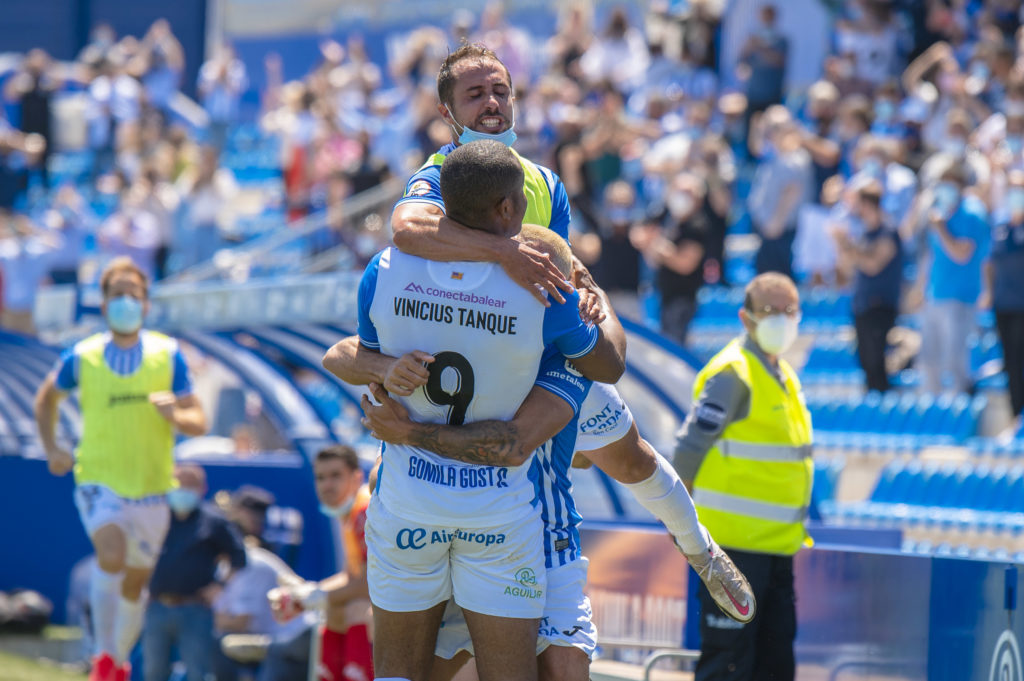 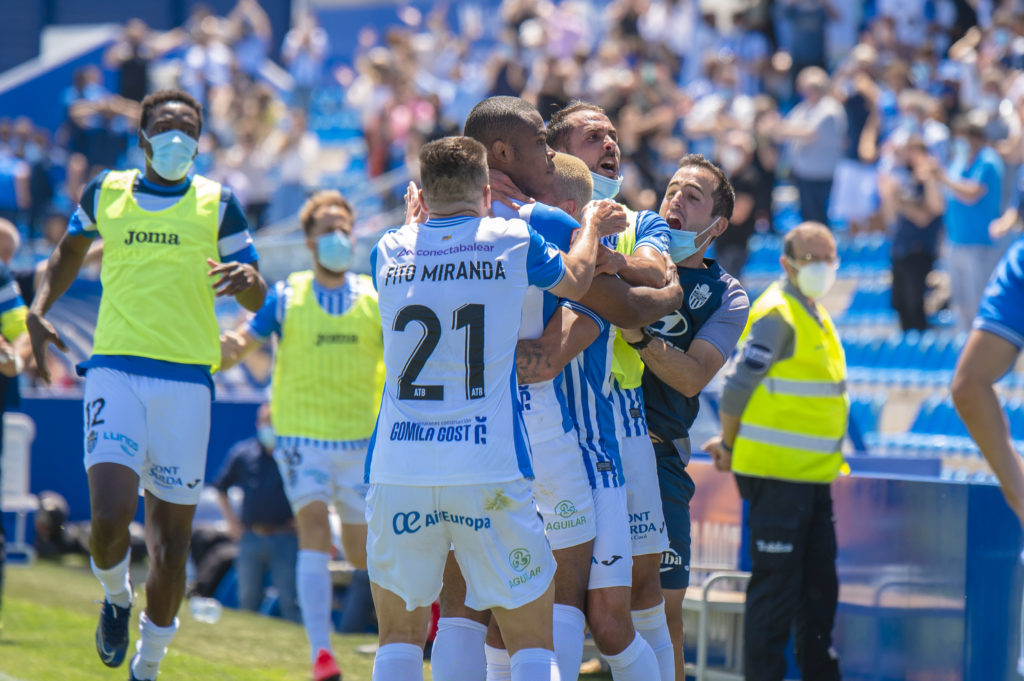 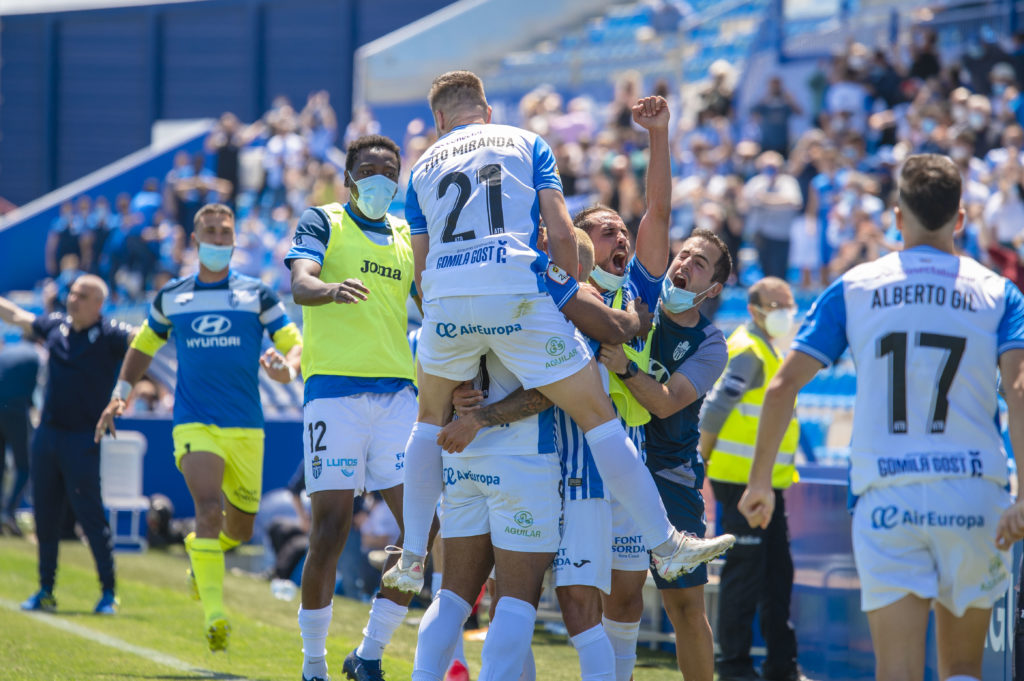 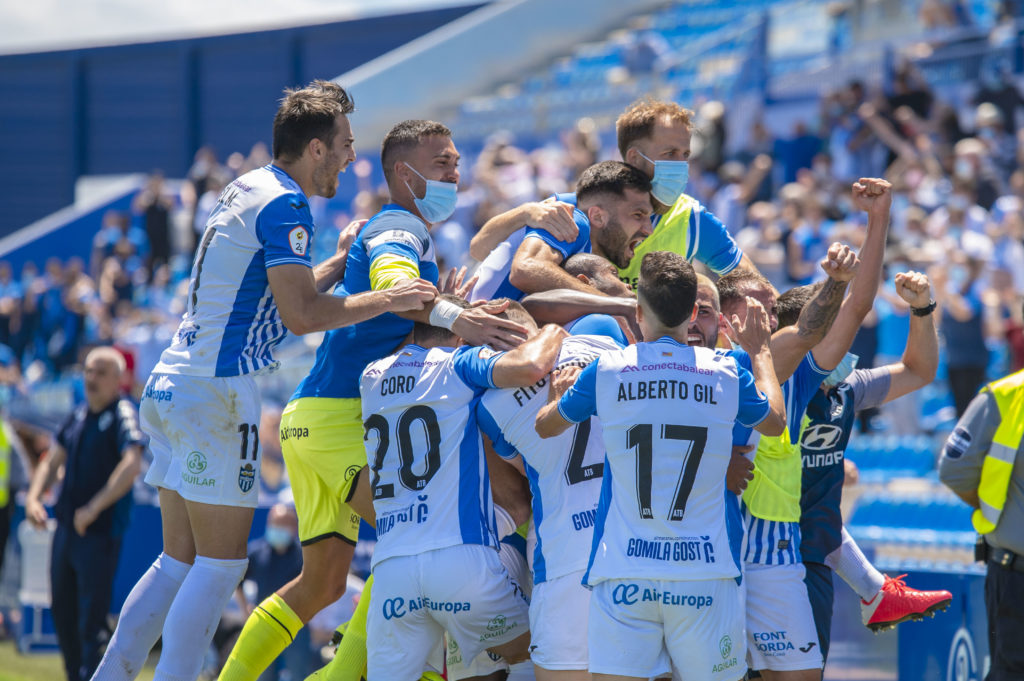 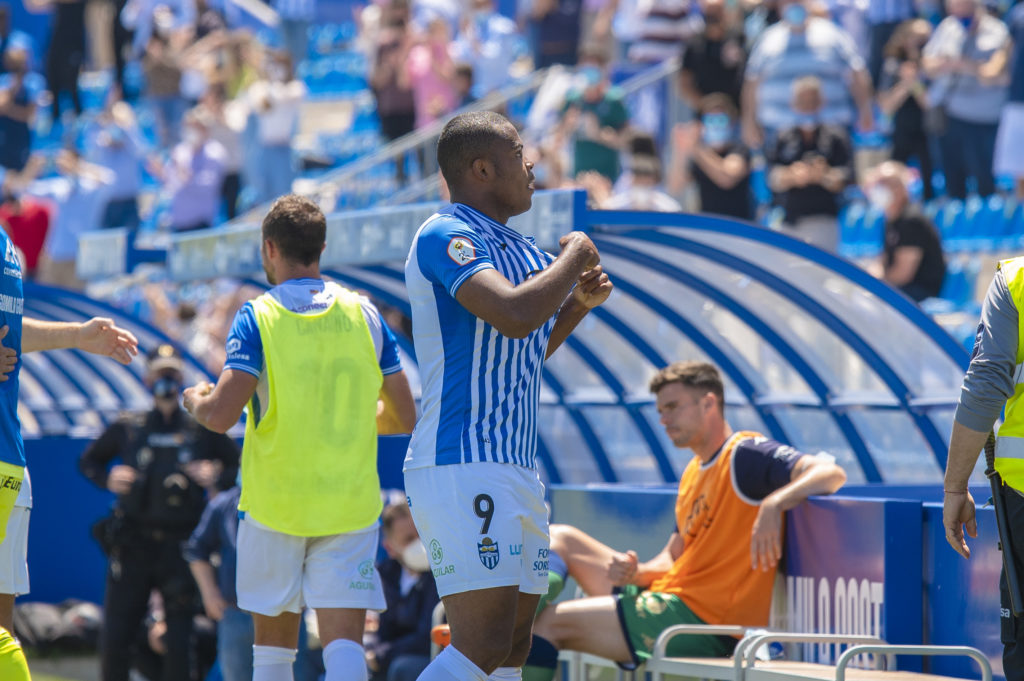 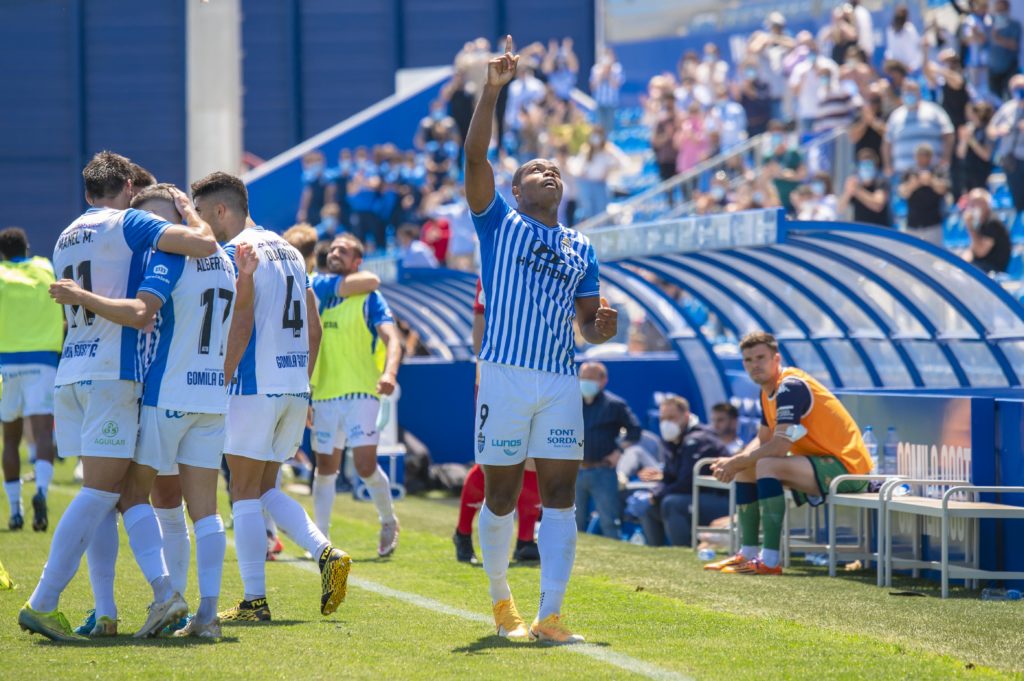 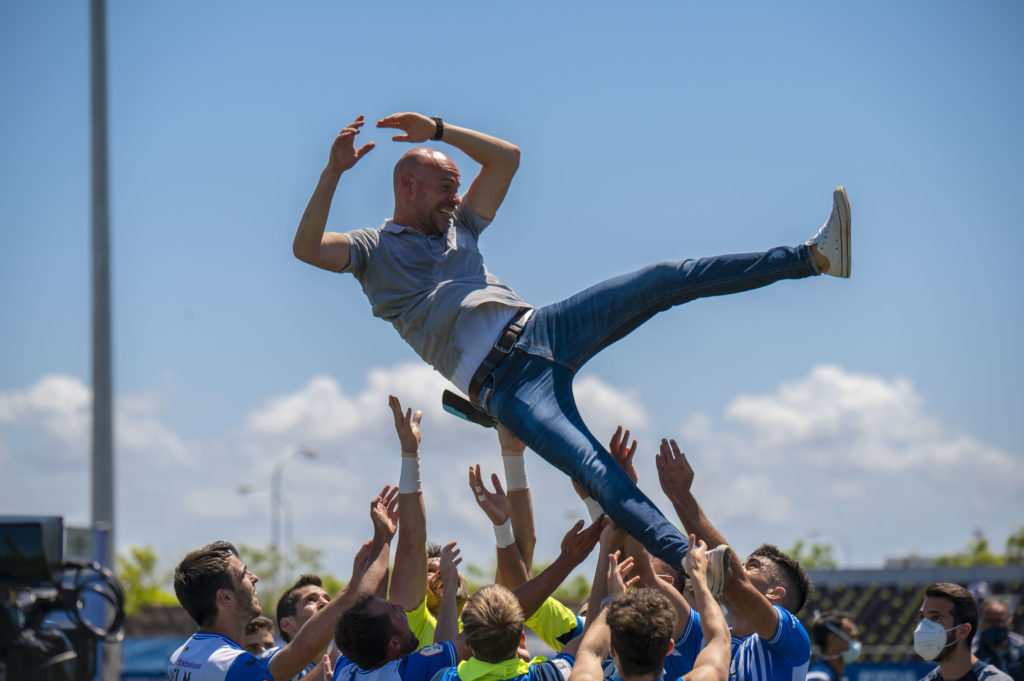 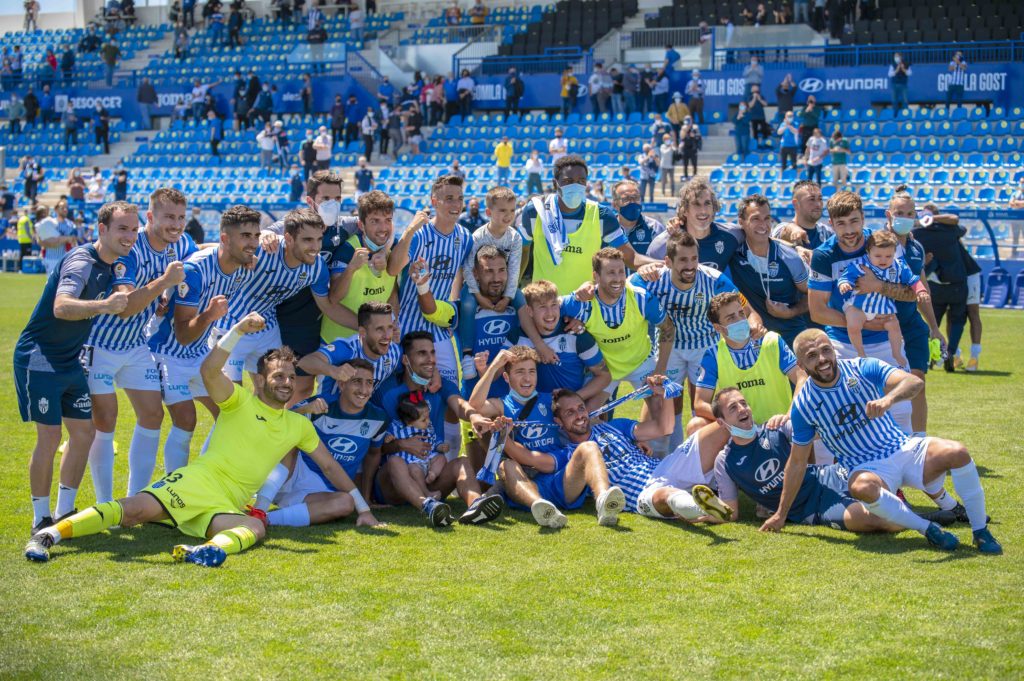 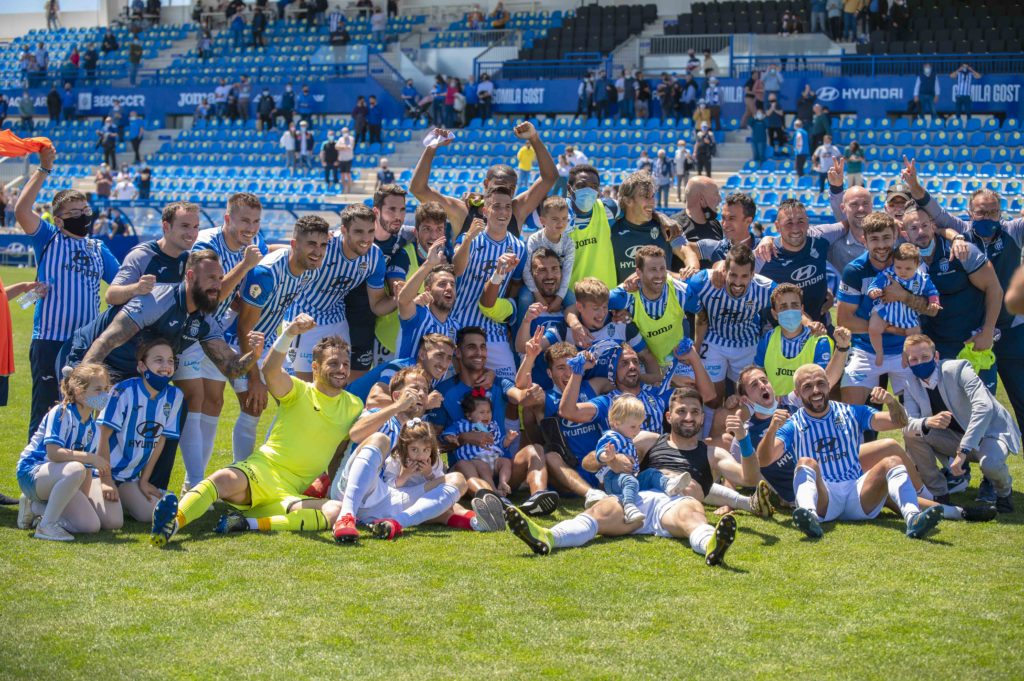 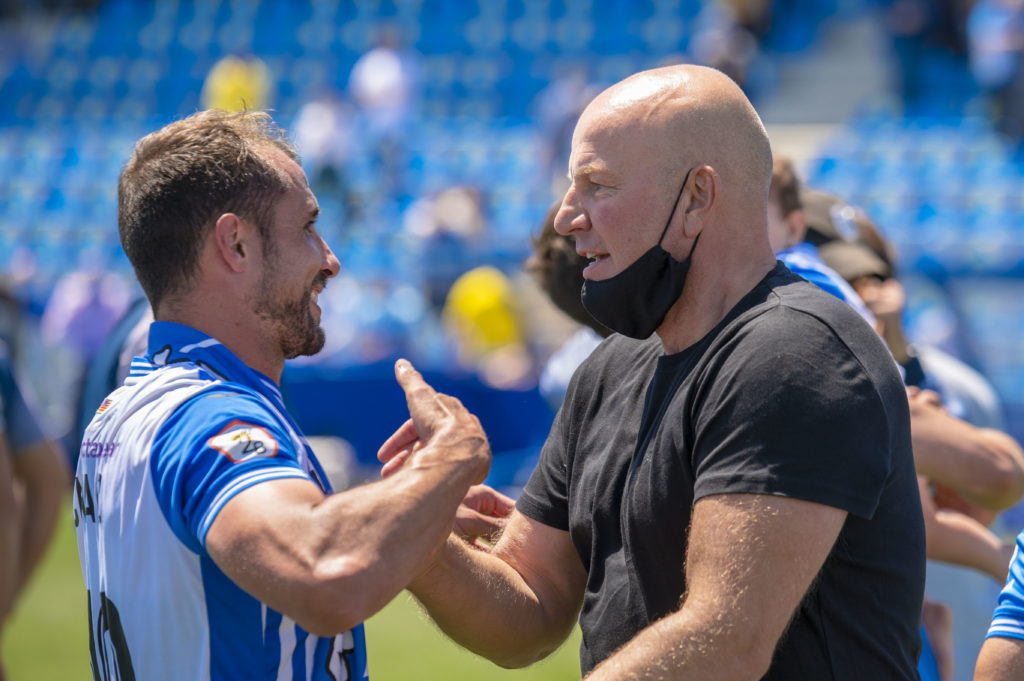